Save Android Device Battery Life When at Home on Wi-Fi

Where Did “EasyBits Go” Come From?

Over the last two days, an increasing number of users of Skype have noticed that software going by the name of “EasyBits GO” has been installed on their computers primarily due to a shortcut appearing on their desktops.

Double clicking on the shortcut brings up a game organiser window similar to the below: 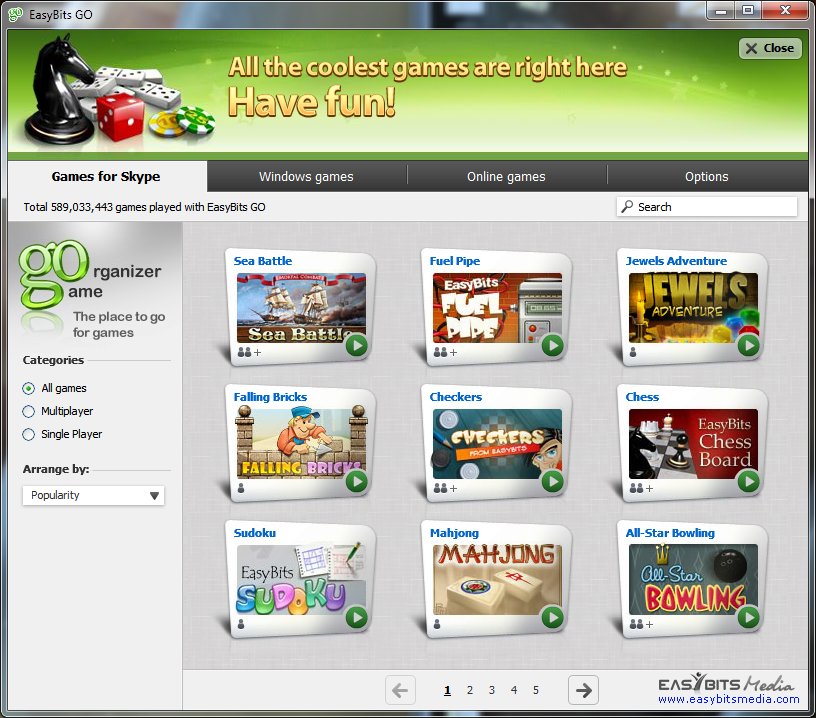 Whilst it seems harmless enough a good number of users have been suspicious of the software and rightfully so given that they didn’t specifically install it themselves. As it turns out, the games component of Skype is provided by EasyBits and has been present in Skype since 2006. Personally, this is just extra bloat that I could do without and as such would appreciate an option to install just the Skype client without the bells and whistles. At this stage, this software cannot be uninstalled through normal means and manual methods are hit and miss – hopefully Skype will fix this up. In the meantime, the update including this software has been suspended from further downloads.

I guess we’ll have to stay tuned to see what happens.

Anyway, a part of me can’t help but feel a bit disappointed by the recent bungles and the acquisition of Skype by Microsoft recently and how it mirrors the acquisition of WinAMP by AOL and its subsequent slide from being probably the most prominent media player in the 1990s to its current state. It seems that software innovation equates to extra features and bloat that marketing types dictate to the developers rather than focusing on the elegance and efficiency of a piece of software.