Product Warranties – Stick to Your Guns

Whenever we spend our hard-earned money on products such as electronics we do so with the usual expectation that those products will work for a long time to come. You may formulate that expectation based upon the brand, its reputation, the cost or other attributes of the product.

In December 2013, I bought myself a pair of Logitech UE9000 headphones which ticked all the boxes for me – Bluetooth, noise cancellation, microphone, stereo connectivity, on-headset controls, etc. The sound quality was rather pleasing indeed particularly when it came to bass which is where cheaper headphones often fail to deliver.

Anyway, I spent US$170 on these headphones (which would have been approaching AU$200) – not a small amount but definitely not the most expensive headphones either which sell for many hundreds of dollars more. The stated US warranty of two years seemed reasonable enough to cover any problems during the early life of these headphones. I am pretty careful with my headphones at any rate – when not used they are stored in their case (if one is provided) so I had expected to be able to use them for years to come.

Unfortunately, after about six months my headphones snapped in my hands when I went to put them on my head. 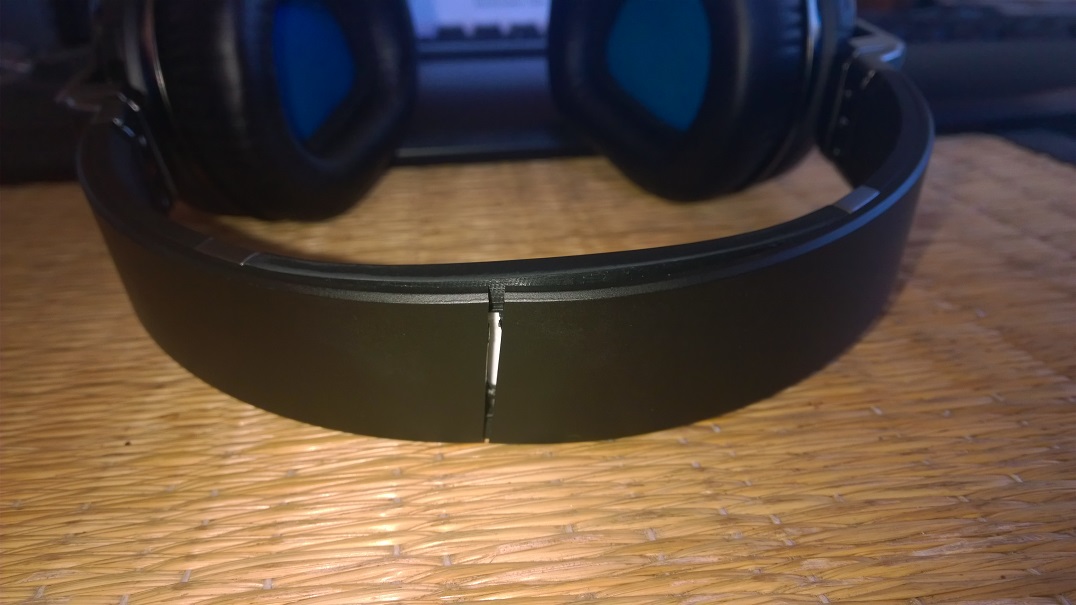 I was disappointed to say the least. The audio still worked but this breakage pretty much made them useless. Not to worry, I had the Logitech warranty to fall back on.

Well, trying to sign up for the online support site was fruitless – no matter which browser I used I simply could not sign up for an account to lodge a claim. So, I was left with telephone support which meant I had to stay up until late (11PM or midnight in Sydney) to contact Logitech USA (as my product was purchased in the USA).

The call, albeit slow, proceeded simply enough – the representative identified the product and asked for serial/model numbers. We hit a snag on the serial number (which didn’t seem to exist) but I was surprised that the representative couldn’t tell me where to look given that there is a whole article on the product technical specifications here. He asked me to e-mail proof of purchase to attach to the ticket for assessment by their warranty department and also advised that given that the UE9000 headphones were no longer manufactured that I would have to select an alternative product – no worries. That was pretty much the end of the call as we would have to wait and see what the warranty folks had to say.

A couple of days later, I received an e-mail notifying that my warranty claim had been denied citing that the headphones had been purchased from an “unauthorised reseller” and that I should contact them for my claim. I was disappointed to say the least as the manufacturer should be standing behind the quality of their products rather than hiding behind retail and supply channels and giving customers the run around. Not to be easily disuaded, I ended up challenging Logitech on the whole notion of “unauthorised resellers” and asked them to direct me to some sort of documentation that itemises authorised and/or unauthorised resellers. This documentation was never made available to me.

I also cited the significant amount of money I have spent on Logitech products over the last 14 years (either for myself or for family members) and the general reliability of those products. The only real issue I have encountered with a Logitech product was with my G9x gaming mouse and one of its secondary mouse buttons no longer working – that happened well outside of warranty and I put that down to wear and tear. Ultimately, Logitech really wasn’t instilling me with faith in their products when they would not stand behind them on the single occasion I needed to make a warranty claim. This was a shame as I really liked their range of products and had often been a “go to brand” for new builds.

However, nearly four weeks after my initial contact with Logitech (and some prodding after nearly two weeks of radio silence from Logitech) I was informed that after “long discussions with… upper management” my claim had gained approval and the replacement process could be completed (which went ahead without a problem).

I guess in sharing this specific experience I want to highlight that you shouldn’t be discouraged by initial resistance if you firmly believe you have a reasonable claim. Some companies can be guilty of throwing up barriers, hiding behind processes/policies or providing incorrect/premature assessments whilst others do an excellent job (even to the extent of giving benefit of the doubt in favour of the customer). Certainly, I had expected headphones that cost $200 to last more than six months (I had anticipated several years if not more with continued careful usage) so in my mind I believed I had a fair and reasonable claim. Also, whilst it can be tempting to get angry or call names when things aren’t going your way it would only serve to alienate those who would be best placed to help you.

Essentially, it boils down to these points:

You might not always be successful but I reckon you’ll have a better chance if you keep these things in mind.

In 2012, I obtained my Masters of Science in Information Technology through the University of New South Wales @ The Australia Defence Force Academy (UNSW@ADFA).

I have also written and edited articles for Neowin - you can check out my articles over @ https://www.neowin.net/news/poster/boyd_chan