Electronic Voting – Where is it?

Before I dive into the subject matter, you might be wondering how something can be recharged without a cable or if it is possible in the first place.

Well, yes it is possible. Technology known as inductive charging transfers energy using electromagnetic radiation as the medium as opposed to traditional wire based methods. Of course, inductive charging does have its drawbacks such as decreased transfer efficiency as a result if increased resistance (measured in ohms for those who remember their physics).

So which product makes this a reality? The Powermat! 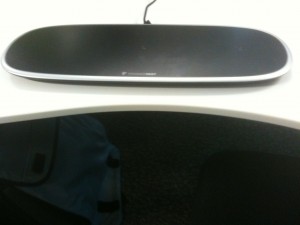 This looks like any sort of mat (and I need to get a better picture of it) but this mat has three inductive points in it so you can charge up to three devices. It’s quite light and probably no more than 200 grams. In order to make it work though, you will need something to make your existing devices accept an inductive charge such as:

As an example, I’ll show you the iPhone case with built in inductive charging. 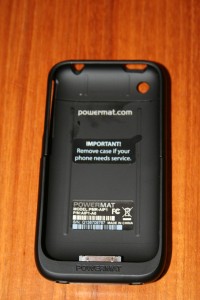 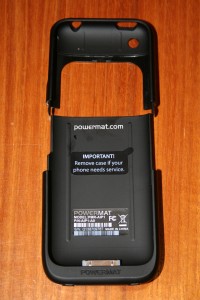 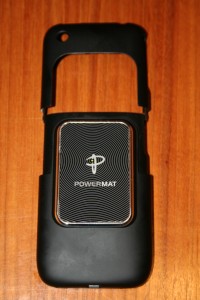 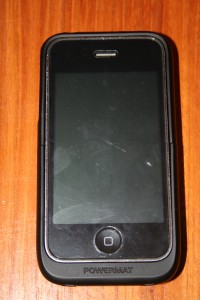 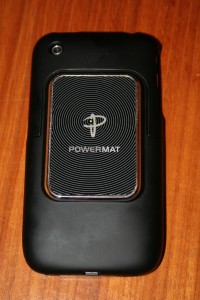 The case contains a dock plug in the bottom that fits into the dock connector in the iPhone. Underneath that is a micro USB socket if you want to connect the iPhone to a computer for standard syncing or charging activities. On the back of the case is the inductive plate that will sit on top of the Powermat to transfer energy.

There is a drawback with this design though. If you happen to use a car audio solution that requires the dock connector on the bottom, you’re toast. Sure, you can use the 3.5mm headphone jack but you then lose the ability to control the iPhone with a remote mounted on the steering wheel.

The only way around this problem would be to use a Bluetooth audio solution (such as the Kensington LiquidAUX Bluetooth Car Kit) and then use a USB to micro USB charging cable. However, at present, the AVRCP profile in the latest iPhone firmware does not support skipping tracks but does support play, stop and pause commands. This is not the fault of the Powermat solution but it could have been avoided had they simply provided another dock connector.

Australian pricing has not yet been released but it is anticipated that we will see the Powermat on sale in April 2010.

I do believe inductive charging is the way of the future, certainly in housing perhaps in the next decade. I have been frustrated with power sockets stuck in a location of room decided by the original builder that does not suit my needs. Wouldn’t it be great if you could just pull a floating socket off an inductive stud in the wall and move it somewhere else? How about devices like clocks, slimline televisions and lights that can just be stuck to the wall magnetically without the need for a cable and plug?

Until then, I can only dream that this might become a more widespread reality (putting aside the fact that I am not buying or building a new house in the short term anyway).