With the approaching release of Windows 8 and Windows RT for tablets, Microsoft is upping the ante with its newly rebranded Xbox Music service (formerly known as Zune) to try and get a slice of the music market and really go toe to toe with the likes of Apple’s iTunes and other big names such as Spotify.

To get things warmed up, Microsoft is offering free streaming via Xbox music on Windows 8, Windows RT and also Xbox 360 for the first six months which started on October 26th. 2012. You don’t even need to sign up for the Xbox Music Pass to take advantage of it despite what you may think given the green tile in the Music Hub inviting you to try it out for free.

All you need to do is find some music and start listening. 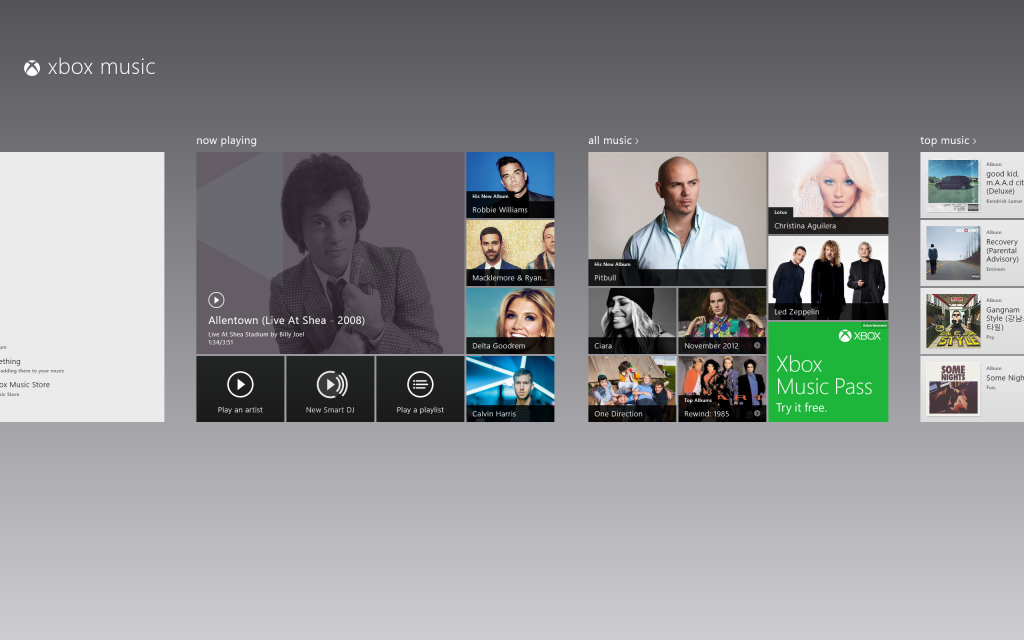 While the catalogue may not be as large as other subscription services the sheer fact that is free gives you enough of a reason to try out Xbox Music and evaluate the audio quality, speed to start and variety without jumping through hoops to signup.