One of the products that Insiders and Soupers got to see on Wednesday evening was a new washing machine added to the whitegoods lineup. Incidentally, it had only been released six weeks prior to the launch event compared to a couple of other products that had yet to be released and other that had been available for a while longer.

Now, I bet you’d never expect to read about a washing machine on this blog (nor did I ever expect to be writing about one let alone going to a launch event involving one) but this does align with my philosophy that it doesn’t hurt to review your purchases at regular intervals. I’m not condoning throwing away a perfectly good appliance as I am sure there is someone out there that could make use of a working and well looked after appliance but sometimes it makes sense to upgrade if there are significant enough gains to be realised (higher efficiency, lower costs, fewer consumables, etc). 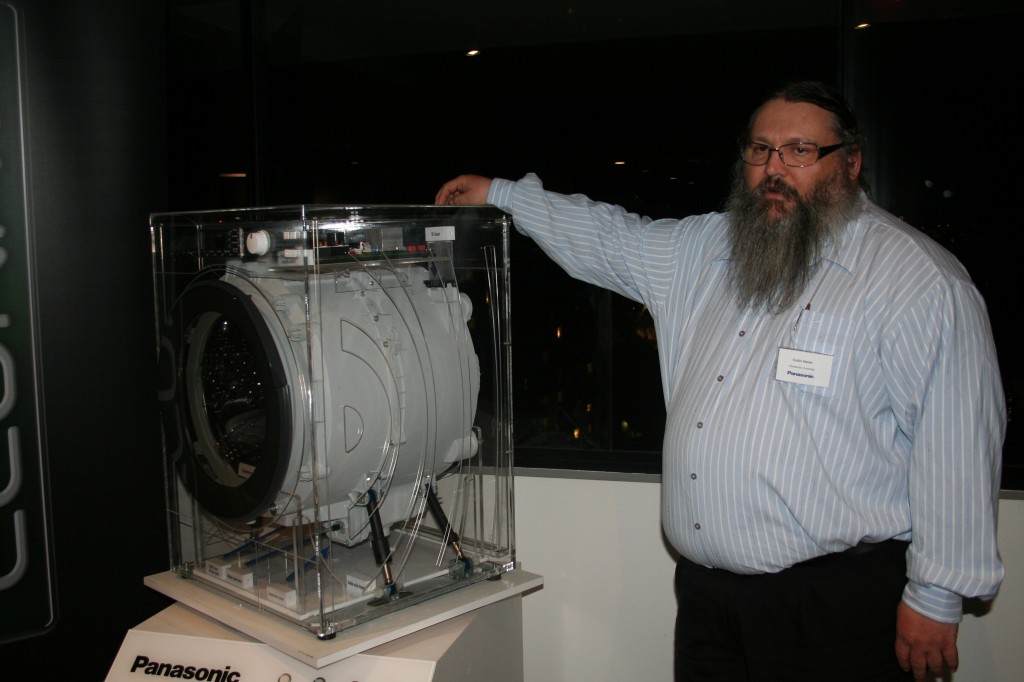 So what are some of the major ECONAVI technologies found in the Panasonic washing machine that help create a more efficient wash?

Firstly, different brands of detergents will have varying levels of activity at a given temperature but the rule of thumb is that detergents tend to work better in warmer water than cold water. Furthermore, in cold washes the water will tend to be colder out of the tap in Winter than it would compared to Summer which would also affect the activity of the detergent in the wash. Conventional washing machines won’t take this variance in temperature into consideration and will set aside a static amount of time to complete this part of the wash cycle. In contrast,  the Panasonic washing machine will measure the temperature of the water and reduce the time of the wash cycle accordingly. A shorter running time will mean less electricity consumed and you get your clothes cleaned more quickly.

Another ECONAVI technology found in the Panasonic washing machine relates to determining how much water to inject into the drum during a wash. Traditional washing machines may have a dial where you can set the water level manually otherwise the machine will stick with an arbitrary level of water. The Panasonic washing machine will spin the drum a few times to determine the mass of the clothes in order to determine how much water to inject into the drum to reduce water usage and energy used to warm the water (if you want to do a warm wash).

Another added extra in the Panasonic washing machine is a “3D sensor” which is a fancy name for a three-axis gyroscope. It’s similar to what is found in smartphones and motion controllers for the Wii to determine the movement and/or orientation of the device. In the case of the ECONAVI implementation this sensor is used to create the optimal washing action inside the drum (which incidentally is a vertical drop from the top of the drum to the bottom). If the contents of the wash are dropping too early at one side of the drum before reaching the highest point the washing machine will speed up the drum rotation to compensate. Similarly, if the contents are dropping too late (or even sticking to the wall) the drum rotation will be decreased. In the optimal state, the drum should pulse up and down to indicate that it has the desired efficient washing action.

Leading on from this, the corrective action taken by the Panasonic washing machine helps to prevent drum oscillation found often in other washing machines. You know when your washing machine generates that  loud thumping noise which makes you think it might jump through the wall? That’s an extreme case of drum oscillation and in order for typical washing machines to cater for that problem they tend to have a large amount of clearance between the drum and the sides of the chassis. This means that if you want a larger capacity then you need a larger chassis to compensate. Given that the ECONAVI technology in the Panasonic washing machine can precisely control the motion of the drum along with the dampeners this means that a ten kilogram drum in a standard 600 x 600mm chassis. This is a bonus given that the front loaders from other manufacturers top out at around seven kilograms. 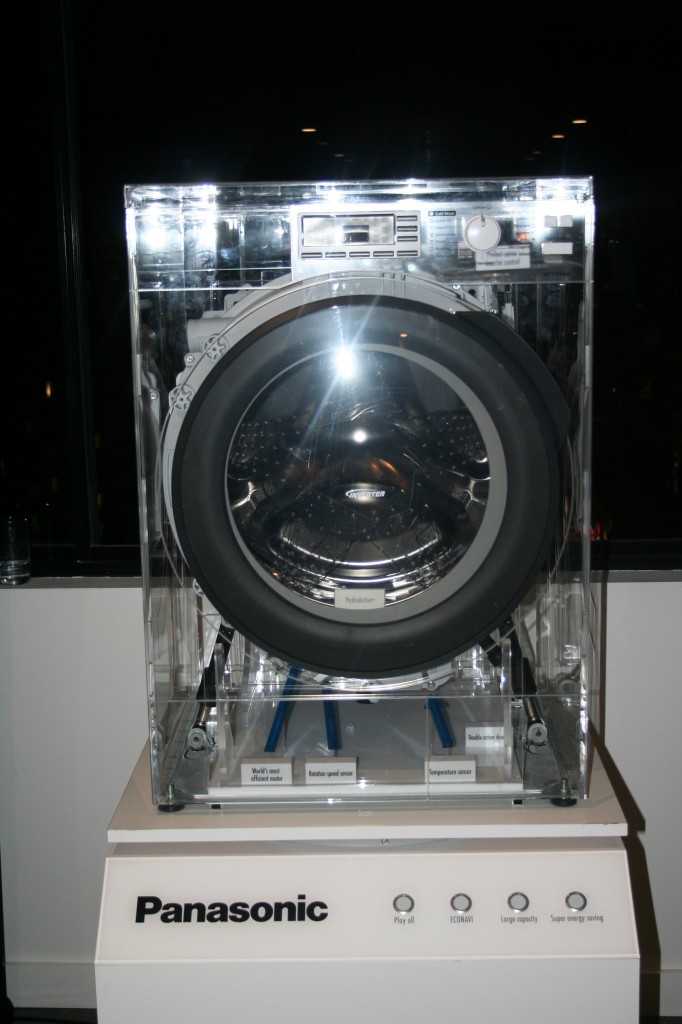 I guess the other thing to consider is with such a big drum you want to be able to get stuff in and out easily so Panasonic have put in a large door to make life a bit easier in that regard.

Anyway, I hope this blog has been enlightening – I started out not knowing much about washing machines apart from the normal buttons I need to push and where the washing powder goes. To say the least, I learnt quite a bit during the course of the presentation.