Mount Your ISOs Quickly with MagicDisc

From time to time I help people undertake the often laborious task of doing a clean installation of Windows on a computer. The installation itself is fairly painless but there are other tasks involved that can take up a considerable amount of time, including:

Earlier today, I thought I would use the built in backup utility in Windows Vista to backup the contents of a friend’s laptop hard drive to an external hard drive. I kicked this process off at around 1100 hours and by the time I was heading home at 1700 hours it was about 80% completed. I had no choice but to kill the backup, pack up everything and head home. If I did hang around the backup would have taken another ninety minutes to finish by my estimates.

At any rate, I brought everything home and decided to try my preferred freeware backup tool which is DriveImage XML. 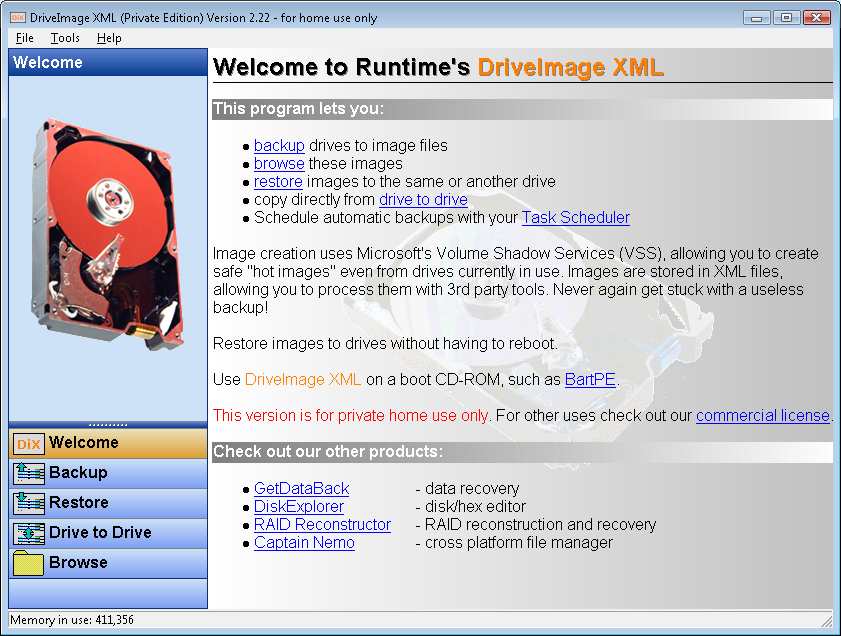 You might call this the ugly duckling of backup software but it is free and does the job really well. Nonetheless, the interface is pretty clear to follow with the options to:

For this exercise, we’re interesting in the backup creation option. 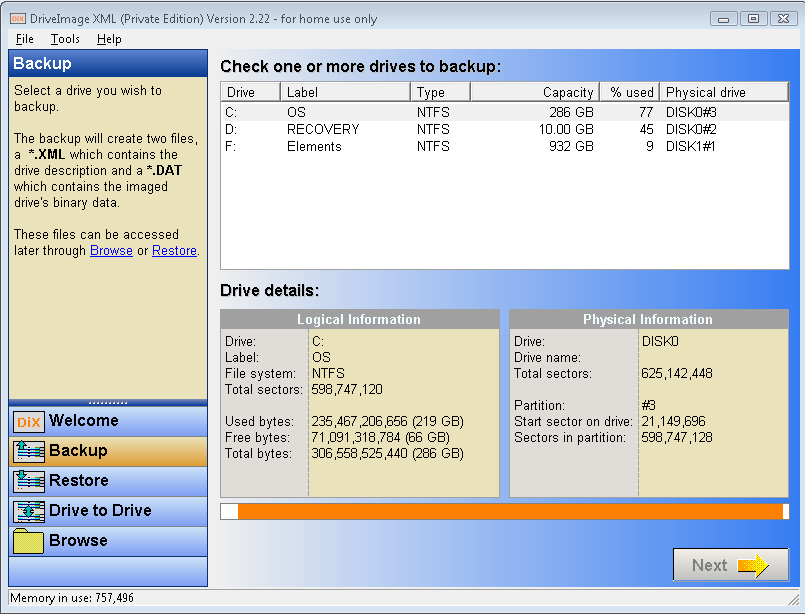 The next screen allows you to select one or more drives to include in the backup. To select multiple drives, just hold down the “Control” key and lift click on each drive then click “Next”. You’ll then be prompted for a location to save the image (in this case is the external hard drive) and a number of other options (novices can leave these alone). Clicking “Next” again will kick off the backup. 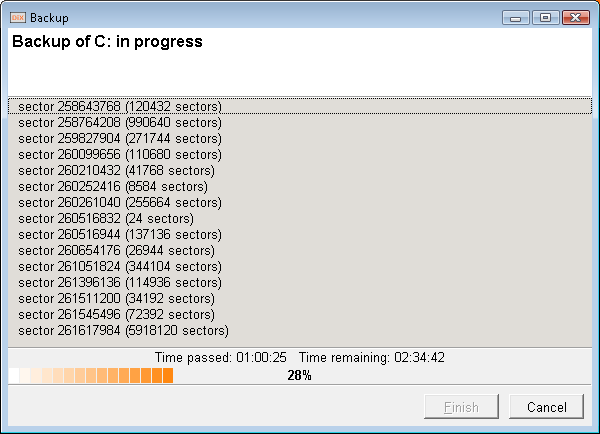 The backup using DriveImage XML on this particular computer will take about four hours instead of nearly eight using the Windows Vista backup utility.

One thing to bear in mind is that whilst you can backup a system partition (like the C drive) while you are within Windows you can’t restore one from within Windows (as all the files are in use). In these situations, you’ll need to use a bootable CD outlined in this article on the Runtime Software website. However, for a clean installation this won’t be a big deal as the image will simply be used to retrieve files of interest later on.

Otherwise, make sure you backup and backup often!