Not too long ago, Steve Jobs made a general comment regarding platforms in defence of the changes to the iPhone SDK agreement, specifically:

We’ve been there before, and intermediate layers between the platform and the developer ultimately produces sub-standard apps and hinders the progress of the platform.

Somehow, the extrapolation has been made that Steve Jobs is effectively saying iTunes for Windows is a sub-standard application since it uses non-native APIs. 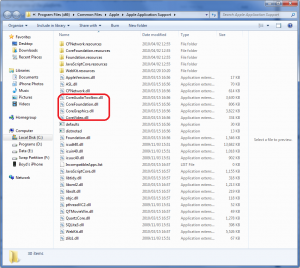 That aside, is iTunes for Windows really terrible?

Before I give my opinion, I use iTunes primarily to get content on and off my iPhone and occasionally an older iPod and to automatically download podcasts and app updates. I will also use it when my iPad arrives. My computer is not a wimp by any means, its high level specifications are:

Frequently, I find that iTunes lags in its responsiveness to user input. For instance, it can take up to a second to switch between the music library and my iPhone device inside the application as well as the various tabs when browsing the various content settings for my iPhone. iTunes was somewhat okay to manage music for the original iPods but now it has everything else shoehorned into it. However, as the size of music and video libraries has increased and sprawled across local and network storage, iTunes has not kept up with the pace.

To me, it seems that iTunes is trying to be everything to everyone whilst supporting an ever growing number of devices and not doing a particularly good job at least on Windows anyway. It’s narrow support of audio formats is also a downside when alternative content players such Windows Media Player and VLC are capable with or without additional codecs. One thing that drives me up the wall are the repeated attempts to get me to install Safari on my computer as part of the Apple Software Update process (which in itself is slow with bloated downloads for questionable gain in performance and features). If I want another browser, I’ll go download it!

In short, the primary purpose of iTunes is to try and sell you stuff whilst content management seems to come a distant second. This shouldn’t come as too much of a surprise though, companies will do anything to get you to buy something from them but then leave you to fend for yourself in the after-sales period.

What are your thoughts about iTunes?